Digital Desk, Patna. The Lok Janshakti Party (LJP) has released the list of 26 candidates for the second phase of the assembly elections to be held in Bihar. LJP is contesting this time alone due to lack of talk with Nitish Kumar.

A total of 94 assembly seats are to be contested in Bihar in the second phase. The nomination process for these seats has started since last Friday. October 16 is the last date for nomination. Voting for the second phase of seats will be held on November 3. 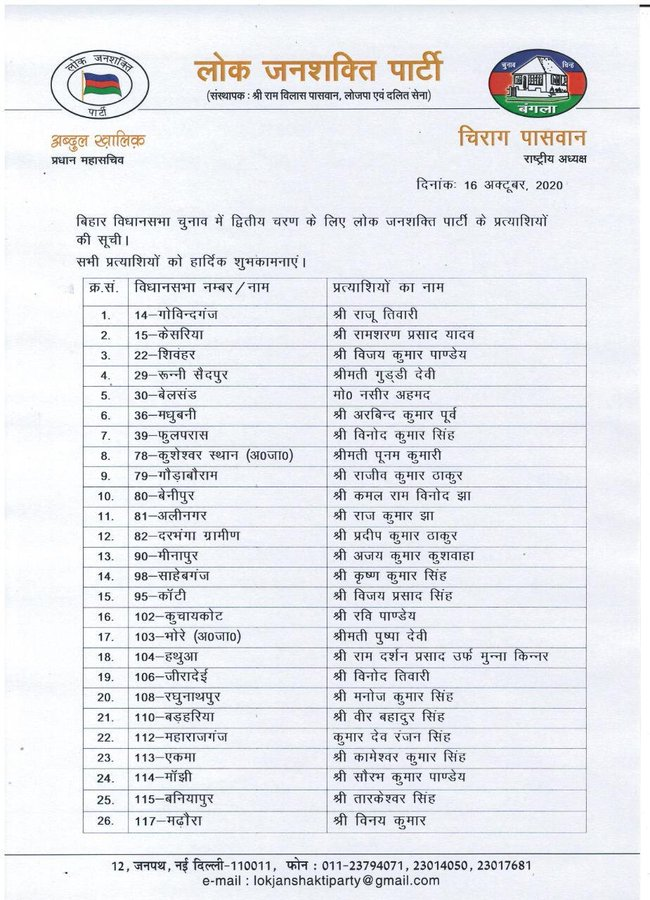